The Citronella Plant aka Mosquito Plant naturally repel insects. With an attractive look and a delicious, citrusy scent you will enjoy having this plant around you whether you need to keep those pesky mosquitoes away or not!

Crush the leaves to release the oils and apply to even the most sensitive skin to keep those Zika-carrying pests away! No more nasty deet bug spray or being covered in bug bites for your family!

Citronella plants can thrive in full to part sun and can grow in any well-draining soil. Our basic potting mix is perfect for repotting these plants in decorative containers. Mosquito plants are drought and heat tolerant and deer resistant.

The Citronella plant is hardy in zones 9-11. Cooler climates can plant in containers for the patio and move them inside in the winter to enjoy them year after year. Mosquito Plants can also be treated as an annual in zones 8 and colder.

Relax outside without itching or applying toxic bug spray all day! Order your Citronella Plant today! Citronella plant care isn't complicated at all. The Citronella plant can thrive in full to part sun.  Indoors, keep your Citronella mosquito plant near a sunny window or in a sunroom.  Water deeply once or twice weekly for the first 3 months when planting in the ground.  After establishment, Mosquito plants are drought tolerant.  Whether indoors or out water your Citronella plant when the soil is beginning to dry out. You can test this by putting your finger about 1 inch in the soil.  If it is dry to the touch go ahead and water.  Add our balanced, slow-release fertilizer when planting to give your plant a boost.  Our basic potting mix is perfect for repotting these plants in decorative containers.

The Citronella mosquito plant is hardy in zones 9-11. Cooler climates can plant in containers for the patio and move them inside in the winter to enjoy them year after year.

Citronella plants look great in containers and are ideal for use as a patio or house plant.  In tropical climates 9 to 11 this plant is evergreen.  Plant in mass or borders around decks, patios, and pools for maximum effect.  Anywhere your family congregates is a great location for your Mosquito plant!

For additional options, be sure to browse our Shrub collection.

*This annual is not eligible for our year warranty. 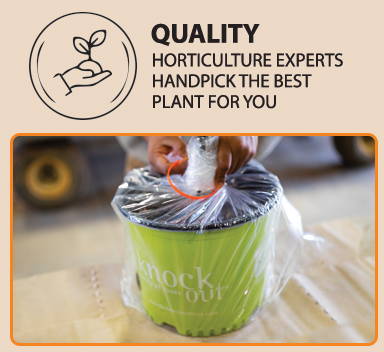 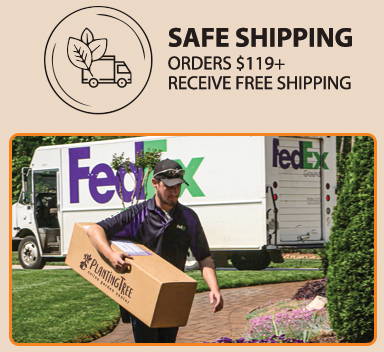 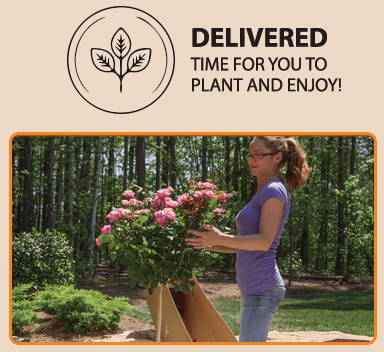 Reliable Shipping!
PlantingTree is dedicated to being your top choice when shopping with an online plant nursery.
Top Rated Customer Service!
Our Horticulturist's and landscape experts are here to help with planting and landscaping ideas.

*Orders ship in 1-3 days. West Coast orders may be held until the following Monday to prevent additional transit time.

Shipping transit map specifies an average amount of days after your order has shipped. 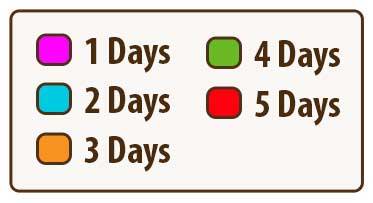 I think the plants will probably do well. However for them to have been in gallon containers, they were much smaller than I anticipated. When I removed them from the containers all the dirt fell apart as that there was not a well developed root system. Receiving was quick and efficient, although these plants could have been in much smaller containers. With that being said, if I decide on more will probably order again.

Amazing service! My order Was delivered to my Mom on Mother’s Day at such short notice!

The shipping was quick . I had ordered two citronella plants One was fine and the other was brown with dry leaves Tried to contact company by phone no luck so far

I ordered two, 1-gallon sized plants: a Citronella and a Rosemary which were quickly delivered. Unfortunately, due to the way the plants were packaged - in a 4-foot long box with one plant secured at opposite ends and the tops of the plants against each other - the plants must have moved around during the shipping process, causing some of the soil in the Citronella pot to loosen and fall out into the plastic bag that was tied around the pot. The Rosemary plant on the other hand only lost a bit of soil. The Citronella plant was limp with some dried and yellowed leaves (see photos). I removed some of the very dry, crispy leaves and added more potting soil. Both plants are still fragrant, and while the Rosemary plant seems heartier and fared better during the shipping process, I am concerned about the Citronella plant and hope that it will recover.